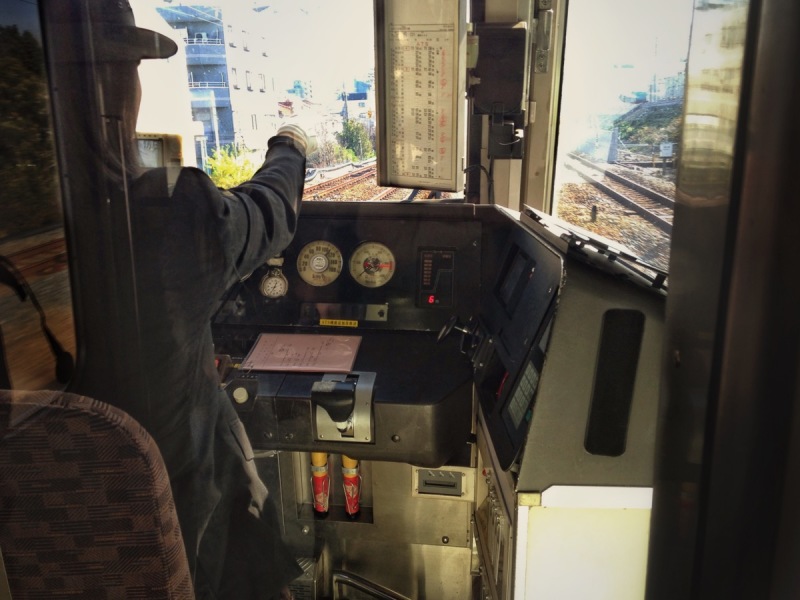 Posted by Damon Schreiber (Toronto, Canada) on 8 January 2017 in Transportation and Portfolio.

I stood for a long while behind the conductor's compartment on a JR train from Kobe to Osaka. One interesting point was that, as seen in this photo, the conductor frequently made deliberate pointing gestures toward the tracks ahead. I couldn't figure out who if anyone she was signalling to.

The other thing I found interesting was that the only timepiece visible to the conductor (and keep in mind that Japanese trains keep to fanatically accurate schedules)is an old fashioned pocket watch on a lanyard. There's even a spot for said watch on the dashboard as you can see.

Yes it's another level of care and attention hey?