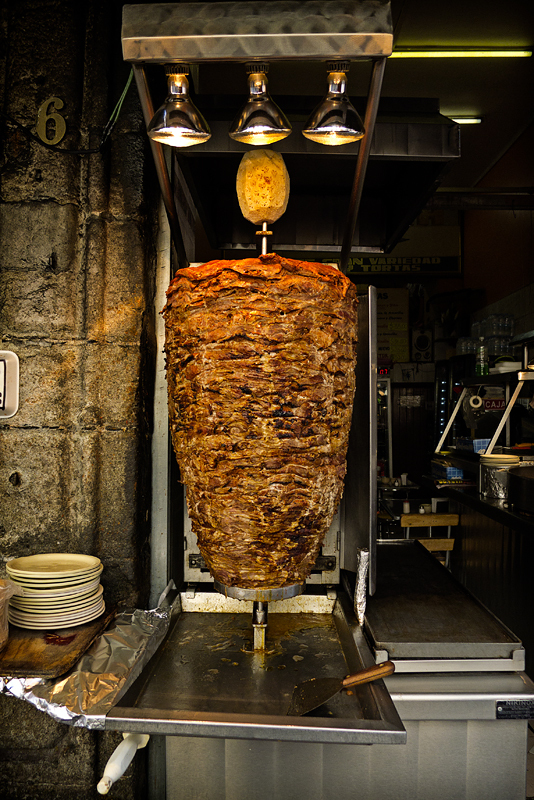 Posted by Damon Schreiber (Toronto, Canada) on 4 February 2013 in Food & Cuisine and Portfolio.

I've not been posting for the last week because I had the dreaded "Winter of '12-'13 Cold" and I was sick as a dog. I'm now halfway to being once again healthy as a horse. That's right: I'm some kind of freakish half-dog, half horse hybrid for the time being.

This photo is the morning setup for Tacos al pastor. Marinated sliced of pork on a spit with a pineapple on top ready for roasting. Immigrants from Lebanon apparently brought the idea to Mexico some time ago, and it's been a hit ever since.

Looks good, I'm intrigued by the flavour added by the pineapple. Did you try...?
Take it easy, keep washing your hands.