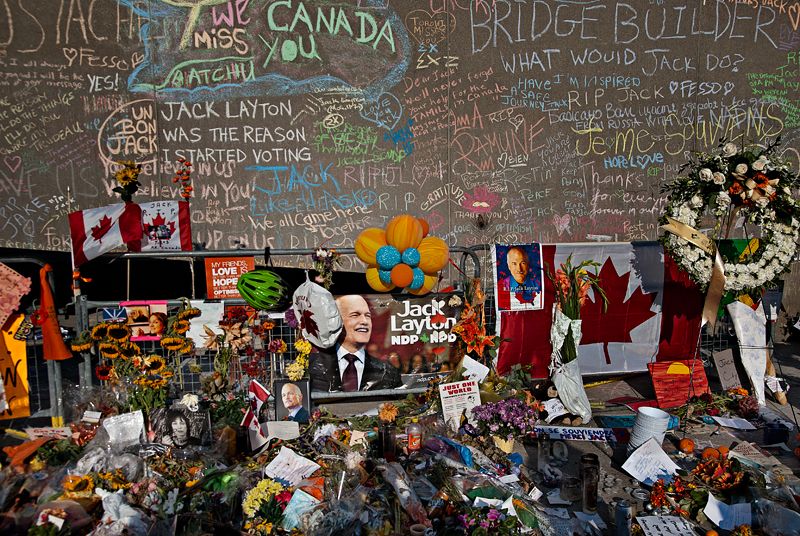 Posted by Damon Schreiber (Toronto, Canada) on 3 September 2011 in Miscellaneous and Portfolio.

The colour orange (including a bottle of Orange Crush) is so predominant because it represents his political party, the NDP. And the bicycle helmet symbolizes his longtime advocacy of cycling. He'd often ride around town on a tandem with his wife (and fellow politician) Olivia Chow. You see a few words of French among the writing in the shrine. Although he lived for most of his life in Toronto and represented part of Toronto in Parliament, he was extremely well loved in Québec. During the last election a majority of those who had previously voted for the separatist Bloc Québecois party switched their vote to the NDP. This historic shift brought the NDP from 1 seat in Québec (only one Member of Parliament ever elected there by the NDP) to 59 (out of 75) in the 2011 election.