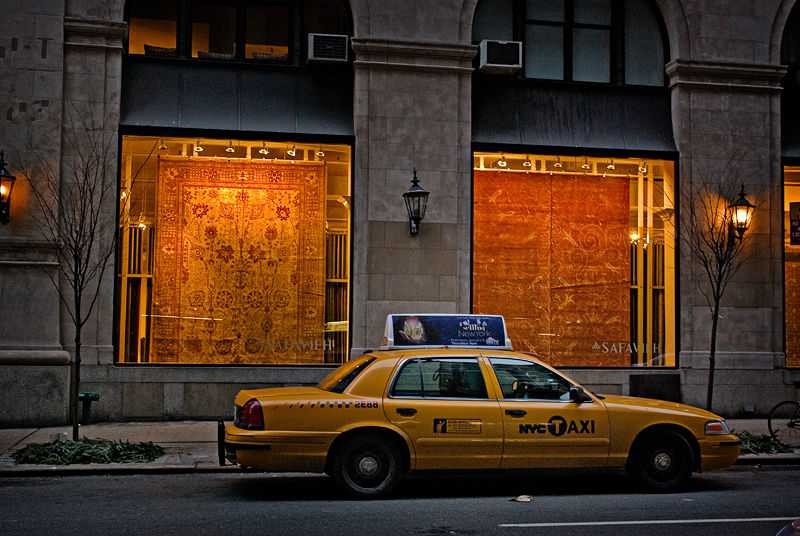 Posted by Damon Schreiber (Toronto, Canada) on 23 January 2011 in Cityscape & Urban and Portfolio.

I ended the last year with an accident – a broken arm which is healing slowly but surely. These things take awhile apparently. And I'm starting the new year with more injuries, though not my own this time. My father and stepmother were in an accident while riding in a New York taxi not unlike this one on the second of January. Many broken bones later, I visited them in hospital to give them whatever support I could. Pleased to say that they're doing better, but not back home yet. People, if I can offer one bit of advice, it's this: always wear your seat belt, even in the back seat of a taxi.

Anyway, I'll post pictures from my New York trip for a few days until I decide what else to photograph. Taking a hiatus was easy after daily posting for years. Getting back to it was hard. But I want to, and I can now, so here goes.

OMG! Sorry to hear about your father and stepmother! I hate taking cabs! Can't wait to see your NYC photos. I always like to see other view of the City.

Very nice capture! Sorry to hear of the accident.

Sorry to hear about all these accidents. Hopefully you've all used up this year's quota of bad luck.