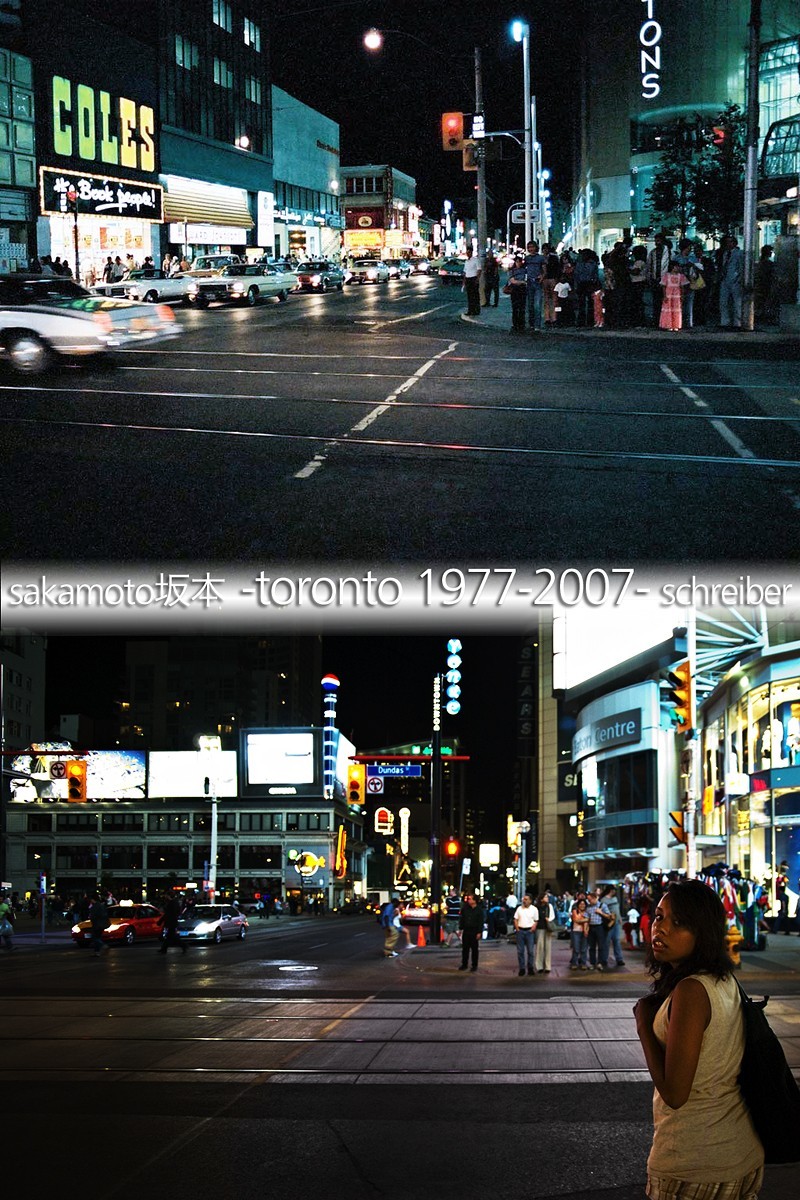 Posted by Damon Schreiber (Toronto, Canada) on 31 July 2007 in Cityscape & Urban and Portfolio.

Meanwhile, I emailed the photographer. The site where these photos lived was hosted in Japan, and the title was Shige's Wallpaper Images. There were photos from all over the world, but mostly Japan. Other notable locations included Rio de Janeiro, Scotland, Italy, France, Los Angeles...

And I received a response (in very good English by the way)... Mr. Shige Sakamoto informed me that he had spent a week in Toronto during June 1977 - he was here for a conference. We discussed his photos and how much I liked them, and I started thinking how fun it would be to go around the city taking the same scenes. We agreed that we would post each other's photos on our websites (although I didn't really have a website at the time -
certainly not one with an audience apart from family and the occasional friend.

Note: I found it very difficult to duplicate the angles in this one. Too few clues - so much is different now. The building on the left (now a Hard Rock Café is the same) The Eaton Centre facade has been substantially changed, and what was a block of buildings on the left (where Coles bookstore was) is now Dundas Square, which many would agree is a pretty nice urban public place.

What you have done with these photos is so interesting. I love looking at them just to see all the changes. Great sleuthing!

great shot damon. so much has changed since '77. you've really shown it well here. looking forward to tomorrow

Wow, so much has changed since 1977, great job again, I can imagine the excitement when you were able to contact Mr. Shige Sakamoto, what a great story and concept, =)

Much things have changed , clues to the riddle are curbstones where people standing on them ,waiting for a traffic light , manhole on the left of the curbstones and the railroad tracks.
Taking a close look at the curbstone ,they seem to have worn away.

I cannot believe you managed to duplicate this one. Fabulous job! I find myself looking up and down like in those find the 10 differences puzzles.

I carried my beloved Nikon F2sb everywhere with me in 77 in Toronto. And now I look at these shots of yours and realize I never took the simple everyday shots to tell the changing times and dress story. I was waiting for Liz Taylor to come round the corner.... these beautiful shots are a time capsule. It was so much a pleasure to look at this whole series and your other series to see all the incredible shots and the nostalgia factor they exude. Thank you so much for posting and sharing them. Amazing.