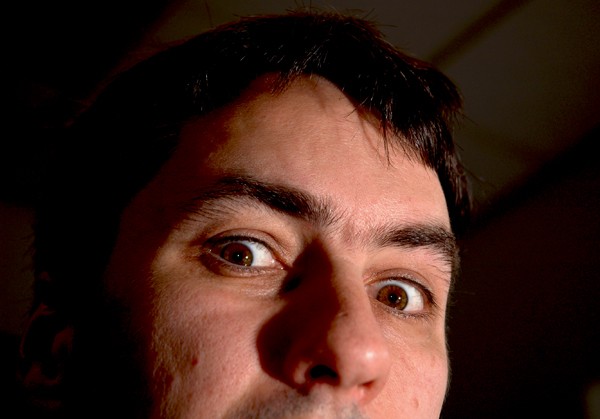 Daily photos from Toronto, Canada and other terrestrial sites.

So this guy I know says, Damon, get yourself a photoblog, cause all the cool kids are doing it. And then this other guy says, Hah! Those guys all live in their parents' basements and don't make money and don't contribute to society and post their photos to say, Look at me! I'm a photographer!

So then I knew I had to do it too.

Here's a question I've asked myself in different ways, and most recently Jenny posed this to any and all on her brilliant photoblog. So I'll try to answer, as I think it's important to think about these things at least a little.

What inspires you to take pictures? I'm inspired primarily by the idea that our experience is full of so much that is ordinary existence, the things we see every day. This is what I call "the banal". But (and it's a big but), running parallel to the thread of the ordinary is the extraordinary, only it exists in small moments and small scenes and is therefore all too easy to miss. So even in our ordinary lives, doing the same things we always do, and going to the same places we always go, we see new things every time we take a step or turn our heads. And if we can be attuned to the things that startle us, and really understand what separates those things from the banal, then we can hopefully take note of them with our cameras and share them with others. And if we can collect these extraordinary moments and scenes, we will be better photographers, and will have done something to make the world a little less ordinary.

I've noticed that when I take a trip to somewhere new, I take a lot of photos because everything is exotic to me, but when I look at them later, and really look, many of the scenes and moments that I thought were interesting were actually rather boring: they didn't have impact, and they didn't convey the magic I felt when I was there. And actually, I think I'm on more solid ground where I live at being able to successfully separate the extraordinary from the banal. That's not to say that I won't keep trying; it's more that I think you are just as likely to find magic in your own neighbourhood as around the world.

And to be honest, the other thing that has inspired me lately is the excellent feedback from my peers especially at Am3, many of whom work magic with their cameras. In the short time that I've been posting here, I think I've improved (and this is after years and years of taking photos). Working among such a talented bunch is humbling and inspiring, and it constantly motivates me to keep trying. I love reading comments, because I think they show that you care about an image I've posted. I leave comments for others, and they're sometimes long, and sometimes very short, and sometimes negative. But rest assured that I would leave nothing at all if I just didn't care (though sometimes I just don't have time). So even a negative comment means I think the image was successful on some level, and has enough worth to talk about and will hopefully inspire you to improve and make more extraordinary pictures.